"I continue to be overwhelmed by the many achievements in competition, in the classroom and in the community of our scholar-athletes each and every year, and the Class of 2020 is no exception. They have each brought great distinction to their schools, families and communities,” said Chapter Executive Director Jim Seavey.

Due to the COVID -19 pandemic the annual banquet at which the honorees receive their awards has been cancelled.

"It was certainly a very difficult decision to cancel this year's Scholar-Athlete Banquet, but the health, safety and well-being of our honorees, their families, coaches and members of the Chapter's footprint are always our first and only concern," Seavey said. "Though we cannot honor them in person, we celebrate their many achievements as they prepare for the next step of their journeys."

"We look forward to gathering once again next May to celebrate our scholar-athletes and special award winners, and I am extending an invitation to this year's class to join us in 2021 following what I know will be a highly successful and memorable first year of college.  I am extremely grateful to our board of directors, our generous corporate partners and the outstanding staff of the Boston Newton Marriott for their understanding, guidance and help during this difficult time for all of us."

after helping Tufts achieve its highest win total in nearly a quarter century as its offensive coordinator in 1998.  Rich, who earned his degree from Wesleyan University in 1985, returned to the sidelines as an assistant coach at Hingham High School and coupled his gridiron passion with a highly successful career in real estate at the A.W. Perry Company.

Rich’s tireless leadership throughout his tenure on the Grinold Chapter executive board shined through during his time as president.  He played a key role in developing several key initiatives that furthered the mission of the National Football Foundation both regionally and nationally.  The respect that he earned from colleagues and opponents spoke volumes about his character.

“I had the honor of working side-by-side with Rich during our time together at Stonehill,” Grinold Chapter Executive Director Jim Seavey said.  “It was a pleasure to call him a colleague, but a greater privilege to call him a friend.  His commitment to the success of his student-athletes in competition, in the classroom and in the community was surpassed only by his care for their well-being.  On behalf of the entire chapter, our thoughts are with his wife Erica and the entire Beal family as we remember this remarkable man.”

“If there was ever an individual who personified the term ‘gentleman’, it was Rich Beal,” former Grinold Chapter Executive Director Roger Crosley said.  “Anyone who came in contact with Rich was always immediately taken by his warmth, caring and humor, and his love for our sport was both genuine and lasting.  The impact he made our on chapter will be a lasting one—we are a better organization and better people for having Rich be a part of our lives.”

Rich is survived by his wife of 32 years, Erica, and their three children, Max, Perry and Nicholas.

Former Grinold Chapter President Rich Beal, a veteran college and high school coach in Southeastern Massachusetts, passed away unexpectedly on September 21st at the age of 57.

A native of Winchester who was a fixture in the Hingham community, Rich served as the head coach at Stonehill College for five seasons (1999-2003)

Mitchell was a two-time All-America and was a selected as a consensus All-America in 1994. In a BC career that spanned from 1991-1994, Mitchell made 190 receptions for 2,388 yards and 20 touchdowns. The receptions and receiving yards still stand as second all-time in Eagle annals.

To qualify for the ballot, a player must have been a first team All-America, been out of college for 10 years and " must have proven himself worthy as a citizen, carrying the ideals of football forward into his relations with his community."

Mitchell came to BC from Brother Rice School in Birmingham, Mich. After leaving the Heights, he played in the NFL from 1995-2003 for four different teams.

All members of the National Football Foundation are eligible to vote on the College Hall of Fame ballot. To become a member, click hereand select "Jack Grinold/Eastern Mass" as the Chapter affiliation in the drop down menu. You can view the ballot on line here.

Boston College alumnus Pete Mitchell has been named to the National Football Foundation and College Hall of Fame 2021 Hall of Fame ballot that was released June 17. 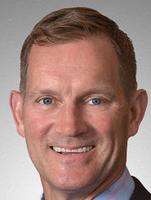