Video of the Celebration of Life of Jack Grinold

Our Mission
Our mission is to promote and develop the power of amateur football in developing the qualities of leadership, sportsmanship, competitive zeal and the drive for academic excellence in America's young people.

We will fulfill this mission in the following ways:

Through this mission, The Foundation serves not only youth, but the nation as well. 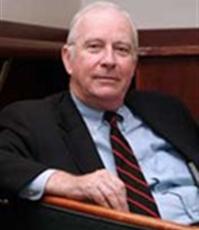 The Mission of the